How exposure to domestic violence contributes to borderline personality disorder 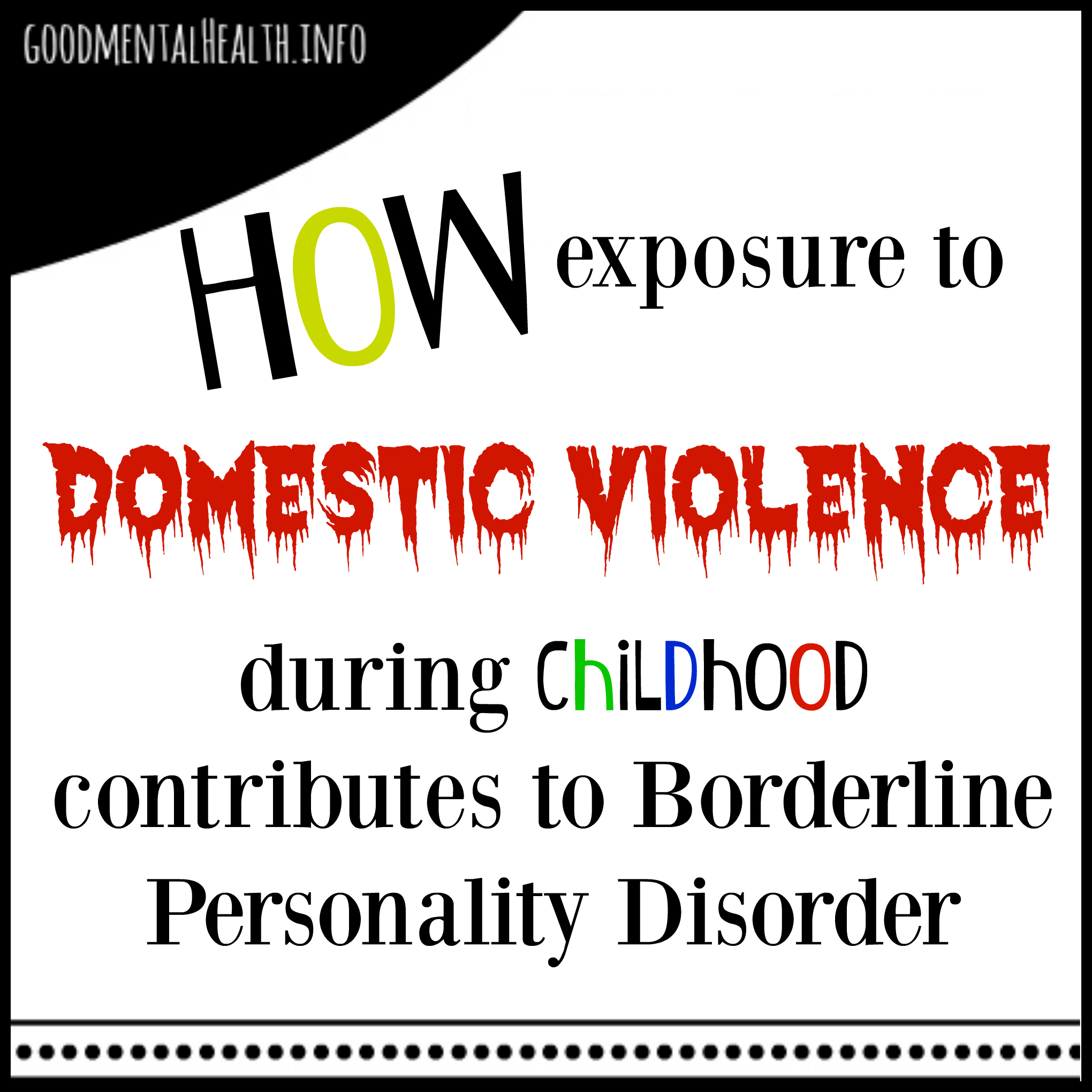 The study of borderline personality disorder is near and dear to my heart. Many know that my mom is a sufferer and that her disorder has prevented us from having an emotionally healthy relationship throughout my life. My mom’s disorder, in fact, is what led me to study mental health in the first place and has been a driving force behind my career.
That’s why I want to share this information with any and all who are struggling with BPD–either themselves or someone they love. It’s another layer of the onion when peeled back, reveals so much.
BPD Traits:
Borderline personality disorder is made up of a slippery set of intense behaviors that wreak havoc in our personal lives, especially in our intimate relationships. Whether afflicted ourselves, or close to someone who is, BPD can quite literally tear apart our most important relationships.
Anyone who has lived with this disorder in any capacity will recognize these hallmark characteristics.
Characteristics of Borderline Personality Disorder:
1. Frantic efforts to avoid real or imagined abandonment
2. A pattern of unstable and intense interpersonal relationships characterized by alternating between extremes of idealization and devaluation
3. Identity disturbance, such as a significant and persistent unstable self-image or sense of self
4. Impulsivity in at least two areas that are potentially self-damaging (e.g., spending, sex, substance abuse, reckless driving, binge eating)
5. Recurrent suicidal behavior, gestures, or threats, or self-mutilating behavior
6. Emotional instability due to significant reactivity of mood (e.g., intense episodic dysphoria, irritability, or anxiety usually lasting a few hours and only rarely more than a few days)
7. Chronic feelings of emptiness
8. Inappropriate, intense anger or difficulty controlling anger (e.g., frequent displays of temper, constant anger, recurrent physical fights)
9. Transient, stress-related paranoid thoughts or severe dissociative symptoms
Reference:
http://psychcentral.com/disorders/borderline-personality-disorder-symptoms/

BPD is commonly characterized by the recurring cycle of “I hate you, don’t leave me.”  Based on an insecure attachment style that took root during childhood, borderlines struggle with intense feelings of abandonment. That constant feeling that the rug will be ripped from under foot at any moment plays out in their relationships and results in an incessant lashing out at those they love, constantly testing, how far can I push before he/she doesn’t love me anymore?

Then, when their loved one becomes exhausted from the constant stress of testing and decides enough is enough, their abandonment drives home the initial underlying fear. Serial abandonment becomes a self-fulfilling prophecy for borderlines and they tell themselves, I knew it. I knew he/she didn’t love me as much as they said they did.

It’s a heartbreaking way to live. Constant stress. Emotional turmoil. Relentless insecurity surrounding personal relationships. And yes…a lot of abandonment. The thing they fear most.
But in the conversation about cause and effect, nature versus nurture, genes versus environment, there is another less-mentioned factor that contributes to the development BPD:
Exposure to domestic violence during childhood.
There is a link between childhood trauma and adult intimate partner violence. The relationships between childhood exposure to parental intimate partner violence predicted two types of personality disorders: clusters A and B.
Cluster A: paranoid, schizoid, and schizotypal traits displayed as mistrust of others, suspiciousness, cognitive distortions, jealousy.
Cluster B: borderline, narcissistic, and antisocial group of features typified by emotional dysregulation, anger, stress reactivity, aggression.
Reference:
Barnett, O. W., Miller-Perrin, C. L., & Perrin, R. D. (2011). Family violence across the lifespan (3rd ed.). United States of America: SAGE Publications, Inc.
What this means is that domestic violence witnessed during childhood is a major contributing factor in the development of cluster a and b personality disorders.
Children who witness domestic violence are unable to cope with the stress of repeatedly being placed in life or death situations, watching as the people they love– and who are supposed to love them and love each other–attempt to seriously injure or kill each other.
Is it surprising that these children would grow up to fear abandonment? When their parent, the person they love most in the world, could be killed on any given day, never to be seen again?

Is it surprising that these children would have difficulty learning how to regulate their emotions? How could a child ever learn the difference between a major and minor upset when they have witnessed that any upset, big or small (i.e. dinner being late) can lead to physical, verbal, and psychological abuse including the threat of (or actual) death?

Chronic PTSD and BPD
I’ve suspected for quite some time that the lingering effects of childhood trauma were a main contributing factor to the symptoms of borderline personaltiy disorder.
These deep wounds, if untreated, get buried but never heal or fade away. Instead they linger and fester in our subconscious minds until they have no option but to erupt, often triggered by seemingly random things. The result?  Unstable relationships, intense anger, self-harm, paranoia, jealousy, and yes…often times more domestic violence.

Then a new generation comes. Children are exposed to the same pain their parents experienced as children and the cycle continues.
I encourage anyone who is struggling in their life or relationship to please reach out. Please know that exposure to domestic violence of any kind is life-altering for people at any age and especially for children. As stewards of this planet, it is our job to improve our world in any way we can, first and foremost by making it a safer place for future generations.  We do that by creating a safer current generation–that means taking care of ourselves!
The behaviors we model today will be the behaviors our children exhibit tomorrow. Let’s make them healthy ones.
For more information and resources on stopping domestic violence, in the U.S. call the National Domestic Violence Hotline at 1-800-799-7233 (SAFE) or search for resources in your local area.