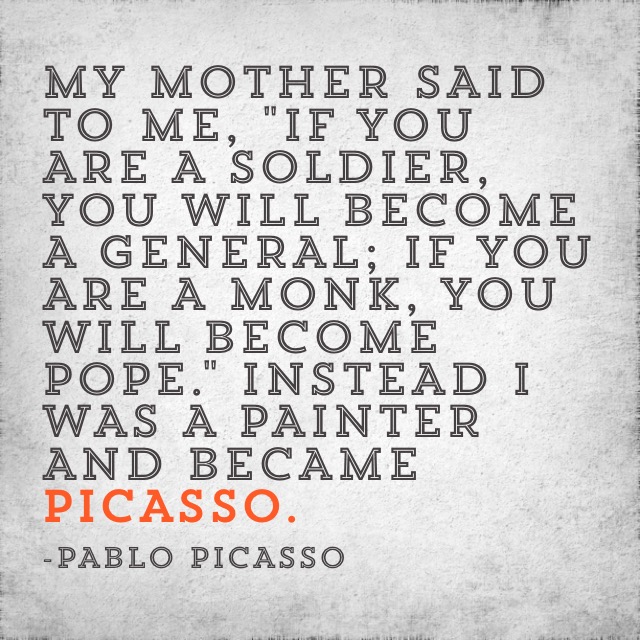 First things first…I’m not a painter. Just to get that out in the open.

I can’t tell you how many years I spent trying to stuff a round peg into a square hole.

Let’s recap my list of professional endeavors, shall we?

Somehow I wasn’t satisfied with being me.

What I realize now, with the benefit of hindsight, is that I would have “done life” so much better if only I had become okay with being me sooner.

Today, I’m searching for ways I can honor my authentic self. Trying to distinguish which parts of the past were real and which were me trying to talk myself into being something other than me. It’s untangling a ball of yarn named authenticity.

Picasso would never have been Picasso if he hadn’t been okay with being Picasso.

Same goes for you and me.

immigration trauma is real, even if your experienc